Today marks 165 days since I left Sweden, in pursuit for a life that felt different.

46 days since I kept the promise to myself: that if Portugal didn’t work, I would turn my back on Europe. At least for a little while. At least while I give somewhere a little more familiar a really shot.

Not familiar in the sense of how most people might define the word. But where people speak the same language. Even if thousands of kilometres from anywhere I’d ever lived. Yes, speaking the same language could do wonders for a sense of belonging – even if that language tends to pull my mind away from the internal dialogue.

It’s a simple and perhaps little known pleasure to eavesdrop on conversations all around that you don’t understand. The incomprehensible static serves as a beautiful soundtrack – a treat in coffee shops to have the buzz as background noise. I can say that I haven’t missed overhearing mindless gossip about things that really don’t matter.

38 days since stepping on the second leg of the flight that brought me back to my home country.

The benefit of depression often is the ease to sleep – long and heavy, even if too much.

And it’s not bad. No, it’s not. The joy of creation, of passion and purpose. And the underlying current of impatience that comes because my creative genius wants everything to come together at the snap of a finger. Haven’t I earned it?

Days and weeks and months stumbling in the dark. The sacrifice has been made.

My creative genius. Oh my muse. What shall I call her? I haven’t been one to name things or ideas, though people will name their cars and houseplants.

Maybe that’s why I have s tendency to let things go nameless. I haven’t much if a soft spot for my own species after all. To name a plant personifies it and… why would I want a person? No, I want a plant.

But a muse. Yes, perhaps she deserves a name if she is indeed a woman. Again. My own species who I am less than fond of and over time feel more repelled by. More repelled and less motivated to dive into the darkness of my shadows to deal with.

A name for this muse who keeps me up at night. We’re nearing 1am, and the brain whirls and my fingers tap – even though coffee today was minimal and finished before 11.

Words and feelings and ideas and plans.

This one, coming from realising this next chapter. The one where for the first time I attempt to live somewhere in my home country, on my own. With the intention to stay. A significant milestone for me.

One that began with a decision to no longer date, which coincided with the decision that if I am to commit to myself then I need a dog in my life.

The realisation that a dog, a furry companion, needs to become a non-negotiable to whatever lifestyle I choose to commit to in this next chapter.

Well. I say chapter, when really it’s a book.

The muse. Puddle. His first trip to the Pacific. A dog filled with a heart of gold, more well-traveled than many in my home country.

And back to the muse. Ophelia, is that you?

The variables are constantly changing – when things are stuck, there’s no time to waste so everything must be uprooted and transformed. Always, with results. Rarely with any certainty of what it was that smacks me back into my body.

Was it the plane ticket? The two week booking? Enough time rucking combined with a few days of rest so everything could take a break from constant inflammation? Enough time clearing my system of gluten and sugar?

I jokingly wrote “your happiness is directly correlated to the size of your thigh gap.” Well. It feels true. That and the layer of fat and skin covering the definition of the abs.

As the heavy brain fog has lifted, the ridges between my abs have become slightly more defined. Usually a 2 week process between significant life transitions. This time, a month.

No, it’s no coincidence. The brain fog lifts and the body finally feels safe to let go of this extra layer of armour it’s been clinging on to.

© Photograph of the Beast Goddess by Xyzdot (DS)

you may also enjoy

« want to get naked for me? liferide podcast interview 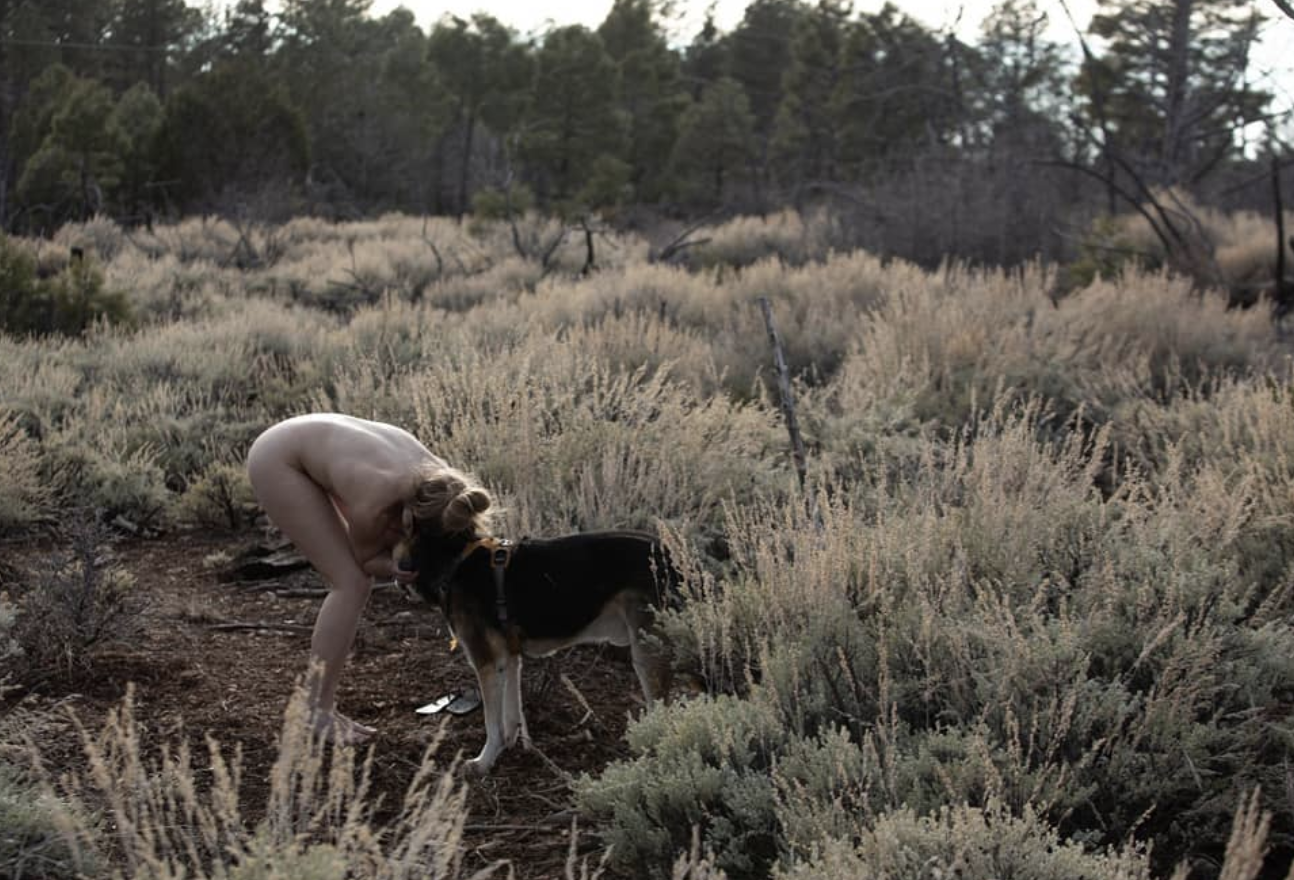 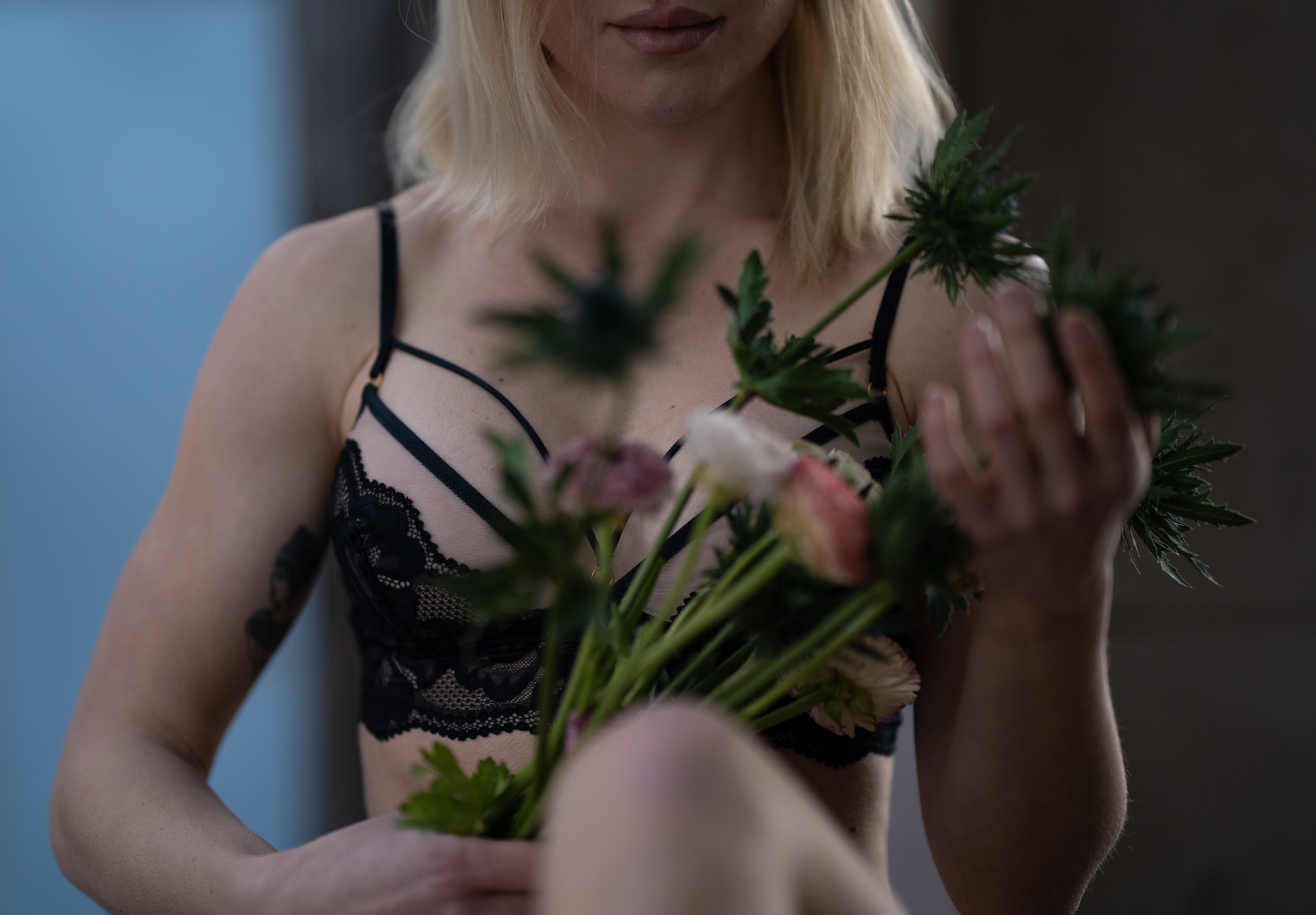 the art of being alone

want to get naked for me? liferide podcast interview

choose your own adventure

September has come, but I’m pretty sure last wee

It was never meant to be perfect. None of it. Ev

Feeling my way into what feels good, and out of wh

Introducing… The PANTHEON 🌙 A mastermind f

All rights reserved. © The Beast Goddess